October 23rd - EARTH MAGIC: An Intimate Diary of the Planet 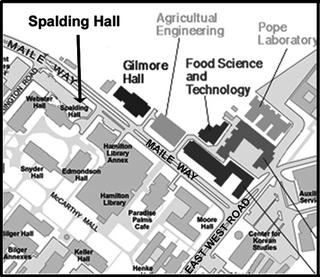 EARTH MAGIC
AN INTIMATE DIARY OF THE PLANET

Sunday, October 23, 5 p.m.
University of Hawaii, Spalding Auditorium
$5 General Admission, $3 University Students
FREE PARKING
DON BROWN & SLOW FOOD HAWAII PRESENTS:
DECONSTRUCTING SUPPER
Director: Marianne Kaplan. U.S. 2002 48 minutes
Renowned chef John Bishop leads viewers on an eye-opening journey into the billion dollar battle to control food production. Starting with a gourmet meal in his five-star restaurant, Bishop travels the world - from farmer's fields to biotech laboratories to supermarket aisles on a personal quest to find out what our food choices are. Exploring the politics and ethics of food, he discovers that 70% of processed foods on supermarket shelves in North America contain genetically modified ingredients. But are these foods safe? Are there other, less risky ways to feed ourselves? Our chef finds answers to these compelling questions and more from North America to Great Britain to India and back.
FIELD OF GENES
Director: Janet Thompson. U.S. 1998 44 minutes
Technology has quietly slipped into the food chain. Multi-national chemical companies have created genetically altered potatoes, corn, soybeans, and canola that variousy are toxic to pests, herbicide tolerant, and dependent on chemical inputs. The biotech industry claims that its new foods have a great potential for everyone, including the world's hungry. But will the hungry, the family farmer, or even the potential consumer benefit from this high-tech, heavily capitalized new mode of production?
THE SLOW FOOD MOVEMENT. Slow Food is a non-profit, eco-gastronomical organization that supports a biodiverse, sustainable food supply, local producers, heritage food ways, and rediscovery of the pleasures of the table. Carlo Petrini founded Slow Food in 1986 and it has since grown into an international movement with more than 80,000 members in 100 countries worldwide.
What is Slow Food's position on genetically engineered crops? While not opposed to research by universities and public bodies, Slow Food is against the commercial planting of genetically engineered crops. We are not capable of predicting or containing the results of GE crops, creating a threat to our natural and agricultural biodiversity. Slow Food believes that all products containing genetically engineered ingredients should require accurate labeling, allowing consumers to make an educated choice on what they support and ingest.
Posted by Cheryl To at 8:31 AM