Slow Food Oahu was well represented at the Green Christmas Market that was put on by The Green House and Kokua Hawaii Foundation.

The idea, originally conceived by our friends at Slow Food Hawaii (the big island convivium), was to collect kitchen equipment and other food related items for a Culinary Swap meet. Many members and non-members alike donated slightly used and new kitchenware, classic cookbooks, juicers, fiesta ware, and lots of fascinating gadgets (like the apple peeler/parer) and gizmos.

The booth also featured Slow Food literature and membership information. We chatted up customers and explained the SF mission.

We were very pleased with how things went--it was most satisfying to see goods get recycled into the hands of happy cooks and eaters. We managed to raise over $700 and we'd like to make this an annual event. We think there's a lot more great stuff out there--tucked away in kitchen cupboards and crannies. Thanks to Julie Rogers, Karen Miyano, Rike, Pamela Farris, Dirce Carmi, Stu and Max Robson, Rachael Edinger, Chuck Giuli for all their kokua in hauling, collecting, displaying and making this a real success. 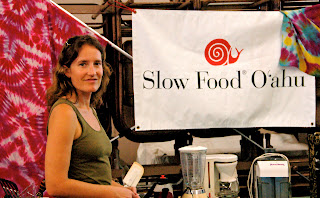 Rachael Edinger, Our trusty secretary, at the Culinary Swapmeet 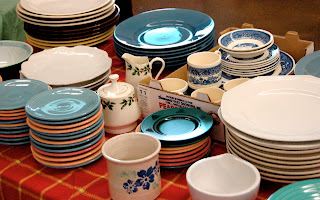 Many of these great platters were donated by Richard Shimizu--thanks, Richard for the wonderful donation. 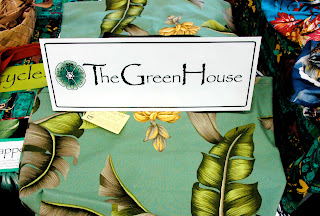 Green House was one of the major sponsors of the Green Market. 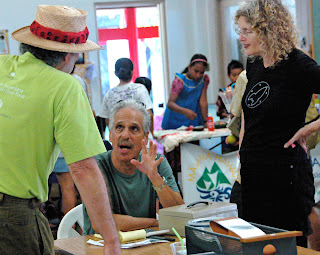 Stu and Max Robson hawked our wares and chatted up customers. 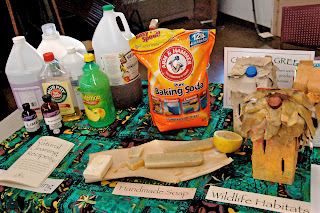 The Green House gave demonstrations and advice on green cleansers and options.